Posted on February 1, 2019 by musicgururadio 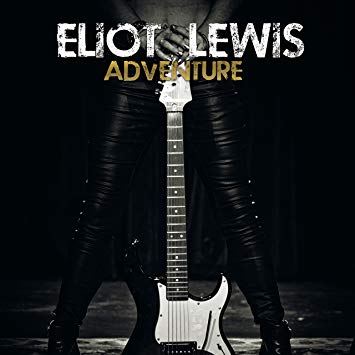 If you’re a fan of Hall & Oates, this album is for you. Eliot Lewis is a member of Hall & Oates since 2003. He has also been on “Live From Daryl’s House”, the show featuring Daryl Hall with guest musicians sitting in. Eliot has also worked with the Average White Band from 1989 – 2002. This multi-instrumentalist & singer-songwriter is really putting out some good music. I can hear a lot of Hall & Oates in this album. It has the rock, pop, singer-songwriter & even the R & B  & soul mixed in, just like Hall & Oates. The music is right there with maybe a bit more excellent guitar work thrown in. The vocals even sounds like Daryl Hall at times, yet different. This is his 6th solo album, & after hearing this, I want to hear the previous albums. This too, will make it on my BEST OF 2018 list. I rate this 5 out of 5 Music Guru stars. I have 1 or 2 more albums to listen to before I post the Best of 2018 list.