Posted on October 30, 2018 by musicgururadio 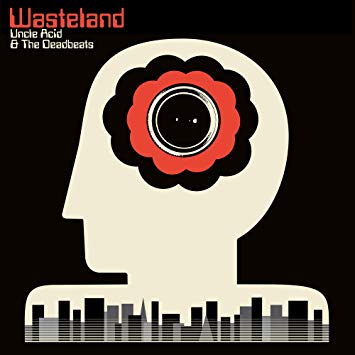 This band is a good mixture of T.Rex & Alice Cooper. Vocalist, organist & guitarist for Uncle Acid & The Deadbeats, Kevin R. Starrs sounds similar to Marc Bolan, while the musicianship is so very good, & has a sound similar to Alice Cooper. All of the songs are really good for the 5th album for this band. The album has about 47 minutes of music, which would be the shortest album that this band has put out. The band decided on this release to play all together, instead of doing 1 instrument at a time, almost like a live recording. This may be their best work yet. With catchy riffs & melodies that keep haunting your memory, I think that you will like this. Vaughn Stokes gives harmonies really well to Uncle Acid’s (Kevin R. Starrs) vocals, while keeping the rhythm guitar right where it needs to be. Jon Rice on drums & Justin Smith on bass keep the rhythm section flowing very smoothly. A bit of T.Rex, Alice Cooper & maybe some Porcupine Tree thrown in to boot. I give this 4 out of 5 Music Guru stars.