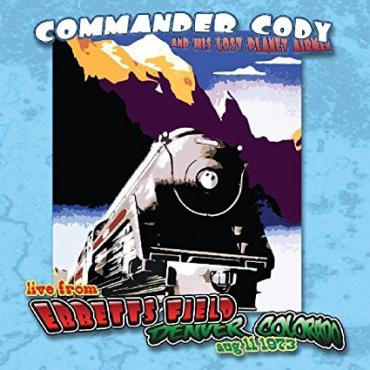 Another concert recording, this time, the recording was much better than the last review that I put up here of the Flamin’ Groovies. Since this concert took place in 1973, I was surprised that “Hot Rod Lincoln” wasn’t on this CD. There was many other good Commander Cody songs on there, but no “Hot Rod Lincoln”, which was a BIG hit by them. They did play “Smoke Smoke Smoke” which came out in 1973 & also, “Daddy’s Drinkin’ Up Our Xmas, & Diggy Liggy. They also do a few covers on this concert album. Do you want to hear a rare live recording of Commander Cody & his Lost Planet Airmen? Try this out. I give this 3.5 Music Guru Stars.